One of my favorite fictional adventures involve a hatter, a wizard and a moving castle. Any guesses? 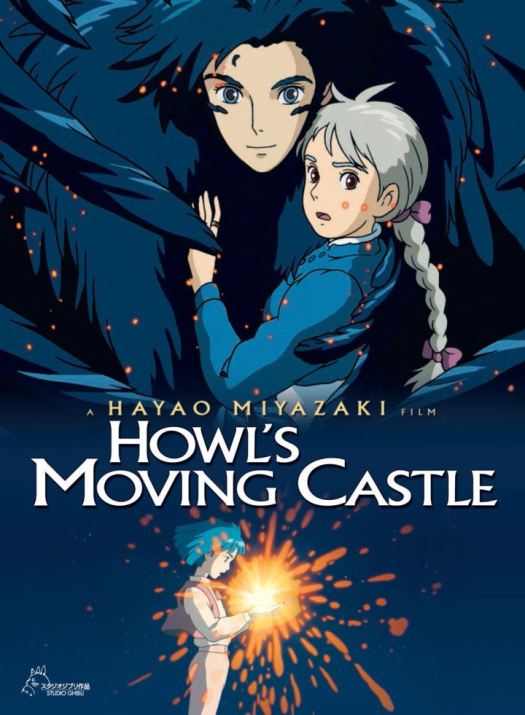 For those unfamiliar with this movie (I doubt there are many of you), Howl’s Moving Castle is a Japanese animated film released in 2004 by Studio Ghibli.

The story revolves around Sophie, a young girl who, in the beginning, works as a hatter in her mother’s shop. By an (un)fortunate circumstance, Sophie is transformed into a 90-year-old woman by a witch. As she searches for a cure to break the spell, Sophie finds herself working as a cleaning lady for the powerful wizard Howl and breaking curses herself as she goes along.

Howl’s Moving Castle was the second Studio Ghibli film I had seen, the first being Spirited Away. I fell so hard for this movie I make it a point to watch it at least once a year (usually during Christmas time, for some reason). But it was only a few years ago when I discovered it was based on a book by Diana Wynne Jones.

The book felt much simpler and aimed towards children despite all the layers of the story. It also has more characters included in the plot and there is even a substory that has something to do with Howl and our universe. There were so many aspects to it but the way Jones wrote it, I felt like skipping through a field of flowers under a clear blue sky after I finished reading.

The movie was clearly only very loosely based on the book. The main character’s personalities were changed, something I can get irrationally mad over, but I thoroughly enjoyed each version separately.

It’s not very often that I don’t mind adaptations completely straying from the source. But maybe it’s because I saw the film first before reading the book. Or maybe it’s because it’s a HAYAO FREAKING MIYAZAKI film. Or maybe the story is simply wonderful, taken either way.

Also, can we just take a moment to appreciate Christian Bale as Howl? And Billy Crystal as Calcifer? And basically the entire English voice cast? (I can hear you, pre-Hunger Games Josh Hutcherson!)

So if you’re looking for an adventure right in your room, I suggest you pack a loaf of bread and some cheese, choose a comfortable hat, and head for the Waste. You never know, you might just run into a moving castle. ☁