Welcome to Ink Blots, where I’ll be sharing with you poems—from classic to contemporary and from published to performed pieces—every other Sunday. As Joseph Roux puts it:

“Poetry is truth in its Sunday clothes.”

Perhaps, this is a good sign to make this a Sunday habit? You plus truth in its most raw form—sounds like a good combination to me!

Now, we’re celebrating Bookbed‘s fifth birthday, and today’s featured poem doesn’t stray far from celebrations. Buddy Wakefield’s “Hurling Crowbirds at Mockingbars (Hope is Not a Course of Action)” may come as a heartbreak poem at first but it actually talks about letting go, forgiveness and hope. Don’t those three make a good enough reason to celebrate? Yes? Absolutely. 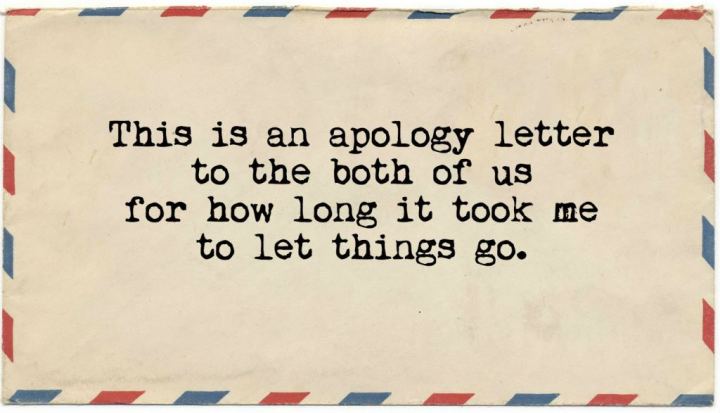 While the poem was published in 2011 in Buddy Wakefield’s third book Gentleman Practice, the two-time Individual World Poetry Slam Champion had already been performing it since 2009. Watch his performance at New York University below. (For the full text, you may check it here.)

Sigh. I still pray for the day I’ll listen to this without tearing up. Allow me to share my favorite part from the piece:

This is an apology letter to the both of us

for how long it took me to let things go.

It’s not my intention to make such a production

of the emptiness between us,

playing tuba on the tombstone of the soprano

to try and keep some dead singer’s perspective alive.

It’s just that I coulda swore you had sung me a love song back there,

and that you meant it,

but I guess some people just chew with their mouth open.

I feel you, Buddy. I feel you.

Now, do you have favorite lines from the poem? (I’d totally get you if you say the whole of it.) ☁

P.S. I managed to get in touch with Buddy with the hope of getting his insight about the poem. Unfortunately, he can’t email much because he injured his hand, and he’d need time to let it heal (Get well soon, Buddy!). Buuut, he managed to share his wisdom to aspiring spoken poets in the country. Three words: Don’t fake cry.