#buqoYA: A great option for Filipino authors and readers

by Racquel Sarah A. Castro

Since the launch a year ago, Bookbed has featured five Filipino authors and their experiences in publishing their works in the country. We found that all of them had tried self-publishing at one point or another. And one of the ways a fledgling writer can introduce their story to the reading public is through #buqoYA. 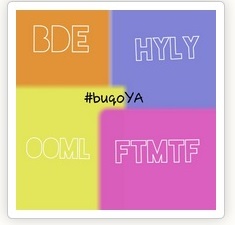 But what is #buqoYA? First of all, buqo is an e-bookstore for Filipinos, selling books, magazines and news. #BuqoYA, on the other hand, is the result of Mina V. Esguerra’s online writing class where participants were required to finish a young adult romance story in five weeks.

Mina has been featured on this site before and we’re all in agreement that she is awesome (we also participated in one of her writing workshops) so it’s no surprise that she was the one who facilitated this event. From her blog, she says that #buqoYA “is also a crash course in self-publishing, so part of what made this so difficult was that the authors had to be in charge of the fate of their story.”

Where can we find their published stories? In the buqo store, of course! And here’s the good news: six of 30 #buqoYA novels are up for grabs for $0.99 (or around PhP45).

1. A Portrait of Jade by Justine Camacho-Tajonera

Jade Alverio is dying to get to summer art camp in Baguio, far away from her demanding parents and her ultra-perfect sister, Ruby. She thinks it will be a haven of like-minded spirits until she gets her first critique from Alexander Santamaria III, who seems to have converted all female camp members into his groupies.

Things get worse when she’s paired up with him on a major project. Will she survive dream-turned-nightmare art camp, or will she go running back home, the very place she wanted to escape in the first place?

2. Second Sight to Forever by Racquel Sarah A. Castro (yours truly!)

Sasha Salazar, a passionate A-Girls dancer, met her ‘crush-at-first-sight’ in the stairway of Escuela de Rojo. She ignored him because she was still into Norman Gil. The second sight at the EDR’s rooftop began the daily rooftop moments (RTMs) of Sasha with the famous basketball varsity player, Joshua Bonifacio. Take a glimpse on how their relationship bloomed as they both found out the spy.

Despite her quirky name and equally quirky family, 16-year-old Tempest Juan knows she’s ordinary. After reading a comment on Facebook which likened her to vanilla ice cream, Tempest decides she has to do something about it or be forever branded as plain, lukewarm, and well, vanilla. It doesn’t help that the comment was made by Paco Lorenzo, her cousin’s cute friend (no longer cute in her book!). When she happens upon a book of dares, she decides to attempt each one, no matter how hard. This is her personality at stake, after all. But somehow, Paco, the cause of all this, finds a way to be at every dare Tempest attempts, confusing her and forcing her to question what’s really going on inside her heart.

4. The Path of Us by Cassandra Javier

Are our paths already laid out for us, or can we make them ourselves

Clara has always been fond of fairytales and grand gestures. She always had a plan of how she’d like her life to turn out, and that’s why she worked hard to be on top of the class, and make sure that she has her real life Prince Charming to boot.

And then there’s Andrew.

Andrew’s always been the easy go lucky guy, but that doesn’t mean that he’s not smart and appealing; it’s just that he chooses to go through life in a fuss-free, no-nonsense way.

When Andrew and Clara’s paths meet, things don’t exactly go easy. They hated each other with a passion, but then they got to share unexpected moments, and end high school with a memory that they’ll never forget. In college, they lose each other, and Clara has to go through the hardest things on her own—until a trip back home sends them to each other’s paths again.

Will they ever be able to understand their role in each other’s lives?

Or will they just get out of each other’s lives for good?

5. Fall for Grace by Anne Plaza

6. Anything You Want Me To by Audrine Pascal

Oh, Via. Such in a hurry to have a boyfriend. Now look who got dumped on social media, just before the epic party happening tonight.

So why is she hanging out with Franco Castañer? It’s all good—Via’s always been immune to all that yummy goodness, him being her best friend’s brother and all.

But is Franco actually being flirty? Or is she just reading too much into this? How exactly do you decode the species they call boy?

If you want to support local writers and encourage them to create more stories, head on over to buqo! You might just discover your next favorite romance author. ☁

One response to “#buqoYA: A great option for Filipino authors and readers”