Travelling by page is always magical, but travelling to the actual place from that very page can be surreal! Eight readers from the community (including yours truly) share their travels to places inspired by the books they read. Make sure to get your to-go and to-read lists ready!

1. The Musee du Louvre in France, inspired by Dan Brown’s The Da Vinci Code, and the movie set of The Hobbit based on the novel by J.R.R. Tolkien in New Zealand

First thing that came to my mind when I was there was Dan Brown’s The Da Vinci Code! Good thing they actually have a themed ‘Visitor Trail’ for this on their website that you can choose to follow.—Leigh Puzon

2. Vietnam, as inspired by A Cook’s Tour by Anthony Bourdain

When I went to Vietnam on vacation, I brought with me a copy of A Cook’s Tour by Anthony Bourdain, which had a section about his own trip there. Had I not been short on funds, I would’ve tried as much of the stuff that he ate there as I could.—Mark Manalang 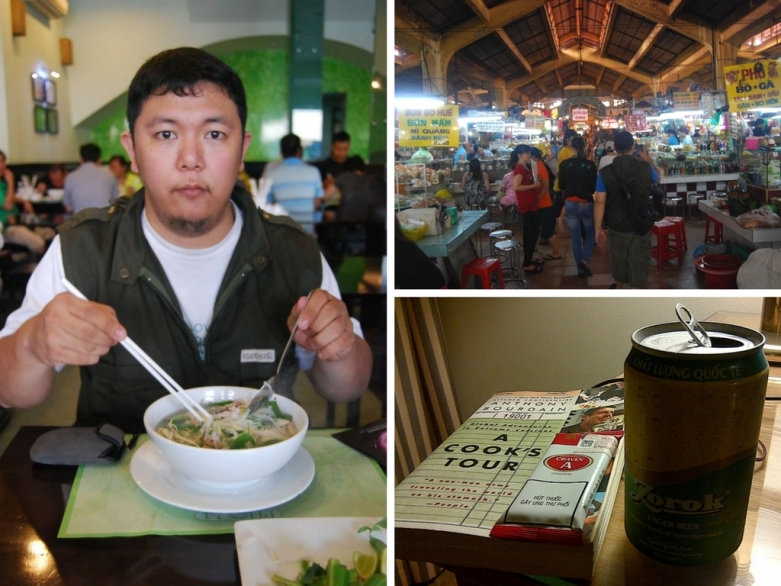 I haven’t exactly done what’s in the book but it inspired me to travel more. The places are in Europe—London, Paris, Scotland, Amsterdam, Copenhagen, somewhere in Greece!—Rea Alducente

4. Macau, as inspired by All is Fair in Blog and War by Chrissie Peria

When I went to Macau, I searched  almost all the places they went to in the book!—Ida Torres

5. Islas de Gigantes in the Philippines, as inspired by Summer Without Men by Siri Hustvedt

All of us were female (on the trip), and we tried to recreate the cover!—Tricia Gervacio

6. Taipei, as inspired by Want by Cindy Pon

[The book] prompted me to drop by Ximending and just stand there in the middle of the complex, imagining a futuristic Taipei with Jason Zhou and Daiyu Jin.—Anne Plaza

The year I finished and submitted Memories of Israel, [which was in] 2012, I felt compelled to join the Holy Land Pilgrimage that my Kuya Father Rick organizes every year. Coaxed my parents into financing my trip as an advanced 40th birthday gift, which I celebrated months later. While there, I was given several signs that I was indeed supposed to be there.—Georgette S. Gonzales

Georgette’s independently-published novels (romance and crime) are available on the Bookbed Store.

8. Hogwarts, as inspired by the Harry Potter series

As for me, my favorite is the Wizarding World. I went to the one in Osaka in 2015, and it was magical.

Got a similar experience? Share it with us in the comments section below! ☁