#ProjectSavingNoah, #GaleWatchCon and Other Stories of Hope: An Interview with Author Six de los Reyes

It’s always great to find new stories and find yourself cheering for the characters who live in a world so unfamiliar but also interesting. This was how I felt after chatting with author and marine scientist Six de los Reyes about her latest book, Project Saving Noah, the second release from the #romanceclassFlair imprint. Like her previous book Beginner’s Guide: Love and Other Chemical Reactions, this new novella deals with characters in the STEM (Science, Technology, Engineering, Mathematics) field—which definitely excites me as romance reader. Read on as she shares her thoughts on writing and mental health, and what the “Hi-And-Bye” release means. (Plus, a hint on a future book featuring a character from Beginner’s Guide!)

Six de los Reyes has been reading and making up stories for as far as she can remember. In fifth grade, she learned to write about the stories she wanted to read. As a pretend grownup, she writes contemporary romance novels. Her day job doing science has something to do with being a part-time mermaid and a part-time lab rat. She currently lives next to the sea.

Hi, Six! Thanks for letting me interview you. Congrats on the release of Project Saving Noah. The book deals with STEM—is it safe to assume that much of the book is inspired by your life, or day job, at least? 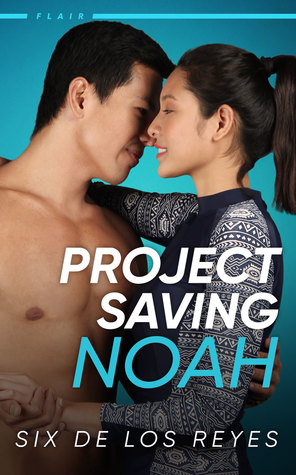 As with Beginner’s Guide, Project Saving Noah is also [indeed] a STEM romance and is influenced by my work as a marine scientist.

At first, I was hesitant to write more characters in the STEM field, but I always find myself looking for more romances with scientists and the sort, and after reading what I can find I can’t help but think “I want more of that. But, like, “Filipino-style.”

I can’t claim to represent the local STEM population, and I definitely bend some rules for the sake of cool (and convenience), but I can say that the portrayals are accurate to a certain degree and within specific subsets.

Is there anything familiar about the setting? The program? Of course not! Ha… ha… ha… I so totally did not use my day job as reference.

Okay. Maybe just a tiny bit. STEM people are people, too. They too need love and support and sometimes kilig to thrive. Did I think it would be part of my brand? No, definitely not. But I do enjoy writing them and will continue to write more of them.

Can you tell us more about how Noah, rather, this new book came about?

Project Saving Noah is the second book from the #romanceclassFlair imprint, a #romanceclass community project that promises to bring you unapologetically steamy contemporary romance in English by Filipino authors. The first book is You Out of Nowhere by Jay E. Tria.

I joined the workshop facilitated by Mina V. Esguerra, submitted my draft, and after revisions and edits with the editorial team and rounds with the design and marketing teams, here we are.

At the start of the workshop, all I knew was that I was going to write an ocean book, the trope would be rivals to lovers—one character would be an oceanographer and the other would be a math person—and it would be set either on field or on a research vessel in the middle of the ocean. I also knew that even though the imprint required high heat levels, I would be writing about touch aversion.

I played with the idea of Math Boy x Ocean Girl, but I already had an ocean girl in Phylle Paiton (introduced in Beginner’s Guide, with her own book, Field Guide: Love and Other Natural Disasters. Coming soon? Eventually?) so Math Girl it was. And let’s face it, an ocean boy meant a shirtless boy for 99% of the book.

Was it a challenge? Definitely. But always the good kind. I’m glad I got the opportunity to work with the Flair team for this project.

And as if that wasn’t challenging enough, you have another upcoming project: the Gale Watch Con collaboration with Miles Tan. How is this different and what can we expect from this?

Miles said to me, that when asked for comment, I should always say: It’s a passion project. Gale Watch Con is a gaming convention we made up because, Miles and I, we really like video games. It’s not a hobby. It’s a lifestyle.

Let me tell you, when I first approached Miles asking for her expert opinion on a game dev character I was building, I did not think it would escalate to “So, yeah we’re building our own dev company and a gaming con, and then books, right? It’s a full universe of geeks and nerds and gamer girls and boys finding love.”

Apparently, Miles has one of these projects in secret and now that I’ve unearthed it from the treasure chest it’s been buried in forever it’s finally happening. For real. Oops? Yay?

Congratulations on everything! Now that you’ve accomplished these things (and for sure are working on some more), is there anything you do to celebrate?

I only consider a book officially done once it’s released in the wild. Usually this is accompanied by a #romanceclass event so the obligatory celebratory effects such as cake, coffee (or in some cases Korean barbecue and soju), is always followed by hibernation from me.

Writing and people-ing deplete my energy reserves, and when hooman-ing is a limited resource it’s important to maintain sustainability. I take breaks from social media and go do something else not reading or writing or involving other people. Usually it’s video games. Whatever it is, it’s alone time.

I like to say, my release style is Hi-And-Bye. “Hi. I have a new book /drops link/ Bye.” And then I dive back into the water and resurface much much later after the initial wave or two has passed.

Glad you’re here to talk about your passion projects with me! Here’s something more important to bring up: why do you make it a point to write about strong, independent main characters in your stories?

It’s the standard I apply to all my characters. It’s important that these people are in control of their lives and are able to make decisions according to what they deem is best for them.

No one is going to make the decisions for them or manipulate or guilt them into doing something they’re not 100% into. This also means that whatever the consequences of their actions, it’s theirs to take responsibility. And that always makes a good story.

Touching on good stories… October 10 was World Mental Health Day. You’ve said before that you did not set out to write about depression or touch on mental health when you wrote Sounds Like Summer, but after you published it, how did you feel? Especially now that people are starting to be more open about talking about their struggles.

I don’t promote Sounds Like Summer as much as I should because I still don’t know what to do with it. It was a book that had to be done, and I did it, and looking back at it I always hope that it provides a reminder to people who need it.

These are unpleasant times in an unpleasant world and it’s so easy to struggle in silence and forget that we are not alone. That even though it’s dark now, the sun will shine tomorrow.

It’s difficult remembering we need to stay because tomorrow needs us, but if this book becomes someone’s reminder—or if it ends up reminding me—then wouldn’t that be something?

About a month ago, September 10, was National Suicide Prevention Day. For the past two years, I’ve been active on the hashtag but this year I remained silent.

It’s been a difficult past couple of months and participating in a movement that encourages people to talk about their struggles, seek help and hold on to hope made me feel like a fraud.

How do you shine a light on people when you don’t feel bright inside? Mental health isn’t something we talk about one day and suddenly, like magic, it disappears in a smoke of rainbow ash and sparkles.

It’s an ongoing conversation we have with ourselves and with other people and may we all take the steps we need toward recovery. If you’re not okay, it’s okay to not be okay. Reach out. And if you’re okay, reach out to someone, anyone. You never know who needs a hand out of the dark. Sometimes a simple “How are you?” makes all the difference.

Thank you for reminding me of something that I wrote. I did not think this would come back to me in this way, but that’s just life I guess. I hope this book, and Ghost of a Feeling by Celestine Trinidad, find people when they need a reminder that hope lives. We don’t have to suffer alone. Unless the world ends tonight, it’s not our ending yet. We must always remember to keep breathing. 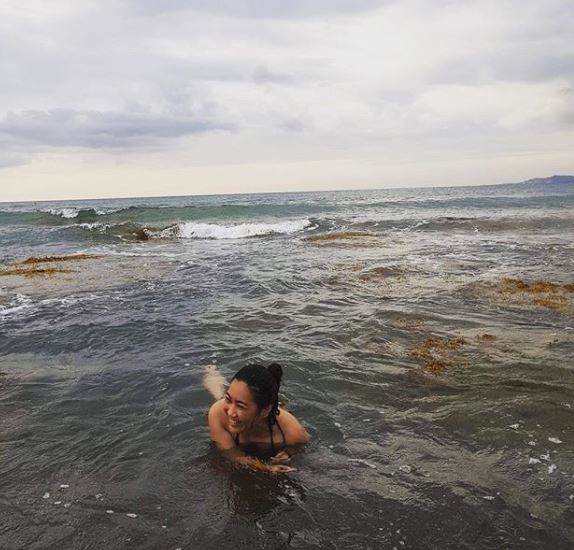 Six de los Reyes is part of the #romanceclass community. Visit them here.

2 responses to “#ProjectSavingNoah, #GaleWatchCon and Other Stories of Hope: An Interview with Author Six de los Reyes”